The Old Cancun Airport Tower was rescued on time by fire departments, thanks to an alert call.
Emergency forces were mobilized because they reported a fire registered in the “Old Tower of the Cancun Airport”. The monument is located in the main road to the Cancun Airport, Playa del Carmen and Tulum

Why is it important?

The place where this monument is located today was exactly where the control operations were carried out in the old Cancun Airport. The replica of the Control Tower of the old Cancun Airport was built-in 1972. This building earned the respect and affection of many people after having resisted one of the most powerful hurricanes. Wilma hurricane that hit the city of Cancun in 2009. Also today this monument represents the great growth that destiny has had. That is why it is a very valuable symbol for local people. 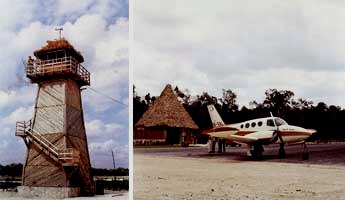 This information was published on April 6 around 09:30 when the authorities were alerted to the 911 emergency number. The drivers passing by the place realized that the emblematic monument of the city was on fire. After this, they asked for help to turn off the fire 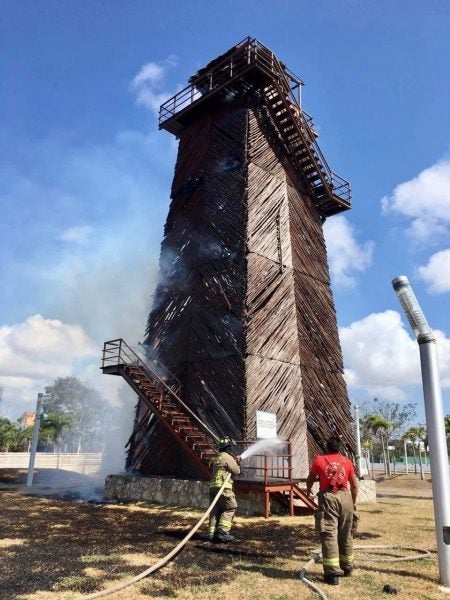 Fire department personnel arrived minutes later to put down the fire. At this moment the fire had already consumed part of the base to the top. The Civil Protection elements carried out the corresponding investigations because part of the grass was also affected.

The area was partially closed by municipal traffic agents as work was carried out to control the incident. According to authorities, so far it is unknown if the fire was caused.

It is worth mentioning that the emblematic place has had a remodel. It was replaced during the construction of the current road distributor, a work inaugurated by the State Government in 2010.