As a tourist destination, and in only 6 months, Cancun is surpassing all expectations in 2022. In this article, we tell you how this increase in popularity has impacted tourism, hotel occupancy, and flights to Cancun…

Talking numbers, just now, closing the first semester of 2022, Cancun has 10% more tourist arrivals than it had in 2019 at the beginning of the pandemic. The increase of the U.S. market to Cancun as a destination was about 30% in general terms, which makes it the main market. This has promoted greater investment in hotel projects that ensure better jobs and the recovery in lodging rates.

Just so you get the idea, up to today, Cancun has opened 1,196 new rooms, making it the second destination with the largest new inventory nationwide. Today, you can book out of 35 thousand rooms available in Cancun, and out of the 74.2% occupancy of 40 thousand rooms in the Riviera Maya. 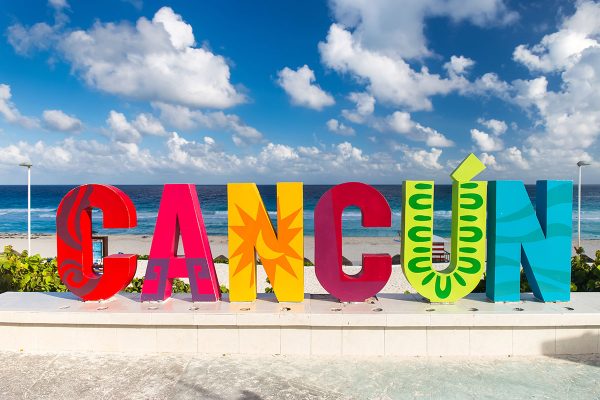 The Secretary of Tourism, Miguel Torruco, announced that from January to April 2022 the arrival of six million 787 thousand international tourists by air to Mexico according to their nationality was registered, an increase of 124.2% compared to 2021.

The Mexican Caribbean was ready to receive 3 million 567 thousand tourists in summer. In view of the recovery in demand, during the first half of the year, lodging rates rose by an average of 12.6%. It wasn’t a surprise when, last month, Cancun had the highest occupancy rate of all the country’s tourist destinations, with 79.7%, followed by Puerto Vallarta with 74.5% and Los Cabos with 73.1%, informed Miguel Torruco, Secretary of Tourism.

Benjamín Jiménez, director of Strategy Operation of the Quintana Roo Tourism Promotion Council (CPTQ), said that expectations for the arrival of visitors to the state remain on the rise, with 3.5 million, a figure 10% higher than the 2019 summer season, the last vacation season of this time with 100% of services in operation.

The recovery stage after the Covid-19 pandemic has already been surpassed to move on to one of growth. With the reactivation of more air routes between Cancun, Europe, and South America, we can surely expect this to be strengthened during the next vacations.

In addition, the International Airport will be interconnected with 44 cities in the United States. It will then be surpassing ten routes to the neighboring country before the pandemic. He added that for the second semester of this year a 25% growth in airline seats is expected, that is to say, 18 million of the different destinations already connected Cancun, Cozumel, and Chetumal, which is added to the one represented by Los Cabos, Puerto Vallarta, Montego Bay, Punta Cana, and the Bahamas.

It is then estimated that current air occupancy averages 80%, which gives a good idea of what is expected for the next semester.

Cancun maintains national and international preferences as Mexico’s top destination, ranking first in hotel occupancy with 76.1%. Followed by Puerto Vallarta with 75.6% and Los Cabos with 69.5%.

It’s clear to the eye that the Riviera Maya became a tourist favorite destination to take a break from the pandemic lockdown. The hotels took it very seriously by predicting this increase in tourism. In the first five months of the year, Cancun and the Riviera Maya accounted for 75% of the hotel rooms opened nationwide, with nine hotels open. A little more than half, or 1,665, are located in the Riviera Maya.