As the airline announced last April, the route Barcelona – Cancun arrived at Cancun Airport the past weekend. It was a complete celebration. Level, the airline in charge of this new route gave its passenger a traditional Mexican welcoming, with Margaritas, Guacamole, Nachos, and Mexican sauce. During the landing, the plane was baptized with the emblematic and traditional water jet.

As we mentioned before, the airline showed up with its scheduled flight Barcelona – Cancun, one of its main bets for this summer. The route will be carried out during the summer months, with weekly frequency; a departure flight on Friday from Barcelona, and a departure from Cancun on Saturdays. In this way, passengers will be able to enjoy the Mexican Caribbean richness by getting enough time for sightseeing at the destinations. The new route to Cancun from Barcelona will improve flights connection with European countries. 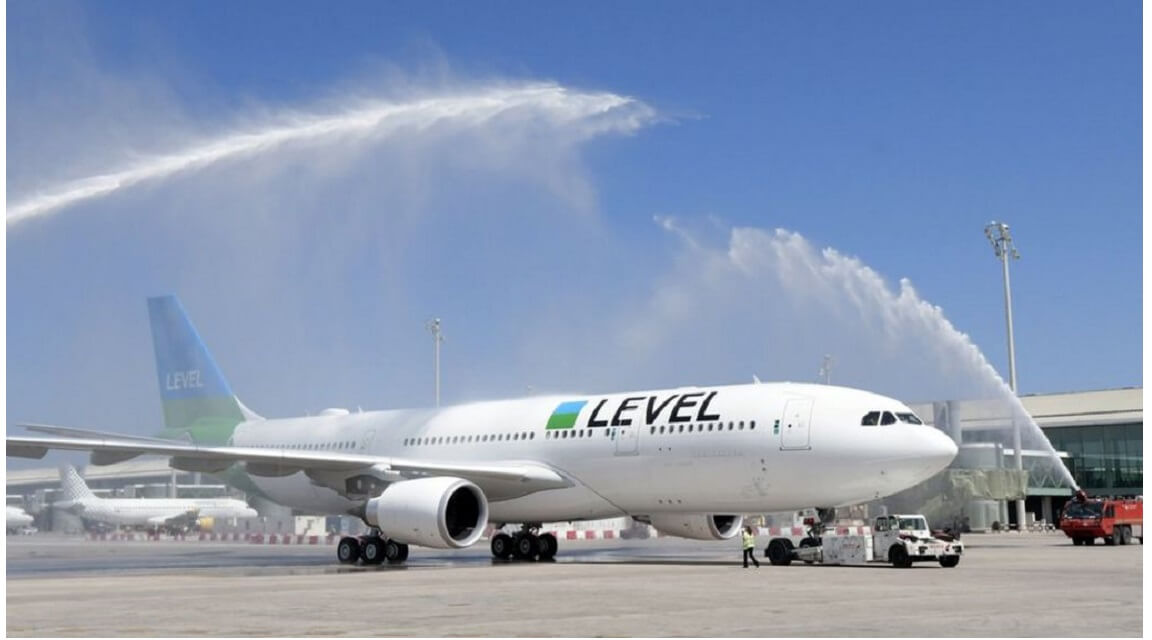 Like Level, many others airlines have decided to carry out new routes to Cancun. Due to its popularity, it has become one of the favorite destinations for traveling after the lockdown, adding that many countries still have their borders closed.

Currently, 6 Spanish airlines have joined Cancun Airport operations. We are talking about Iberia, Air Europa, Iberojet, Wamos, World2Fly, and the most recent Level.

Just like them, many other US, and Latin Airlines are now operating routes to Cancun, this has contributed to Cancun Airport’s recovery. The main passengers are from the United States, but also from Canada, Colombia, Cuba, Perú, and Europe.

The Cancun International Airport has shown a remarkable increase in air traffic, currently takes several weeks with excellent numbers. It’s receiving thousands of passengers daily, it still has a long way to go but it’s getting closer and closer to returning to the operations it had before the pandemic.

We trust that better times are coming, we will be informing you of further notices, thank you for reading!