Cancun Airport was first built on 1942 as an strategy to boost the main industry of the region at that time: the chewing gum industry.

Some theories mention that the airstrip was also used to bring smuggling to Quintana Roo from Belize by, among other men, former actor Pedro Infante Cruz.

It was later closed during many years until 1970, when Infratur (now Fonatur) came up with the idea of making Cancun a key tourist destination. 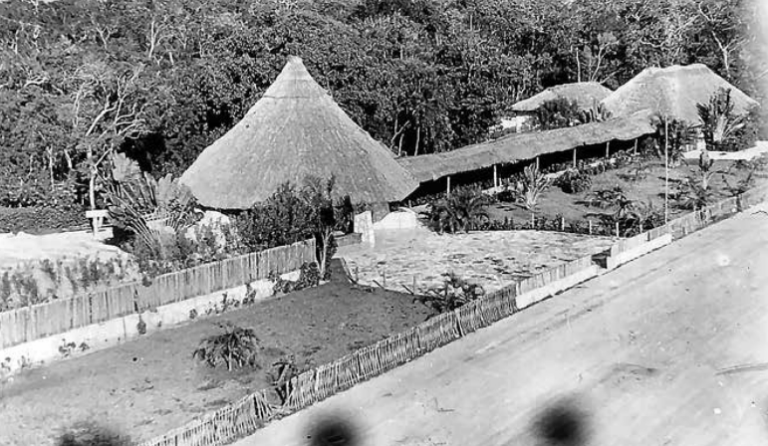 The old airstrip was cleaned out, as it was claimed by the jungle, and the works for the new Cancun Airport were started.

On February 5th of 1973, the first commercial flight, a Douglas DC-6 from Mexicana de Aviación, landed at Cancun Airport. Not without requiring a better airstrip status before. Funny fact is that, despite the owners’ negation about their planes landing here, nowadays, flights from this company are either arriving or departing Cancun Airport every half hour.

However, the construction of an even-newer airport was necessary when the popularity of the destination started spreading. That’s how the actual airport, the one with the 5 terminals, was built. On this newer airport, the first commercial flight landed in May 12th of 1975.

But before that, for the inauguration of the first constitutional governor of Quintana Roo, Jesús Martínez Ross, held in the city of Chetumal, many special guests, including federal deputies, chose to come to Cancun and from there make the transfer that would take them to the capital of Quintana Roo. Curiously, despite the fact that the international airport had already been in operation for a week, it was the old airport, the Kabah, where all the transfer operations to Chetumal were carried out. 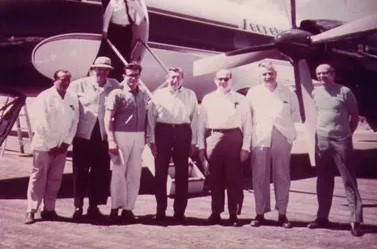 So, if you have spotted the old Control Tower, now you know it was built as a reminder of the location of the old airport: the Kabah (Rodrigo Gómez) avenue. 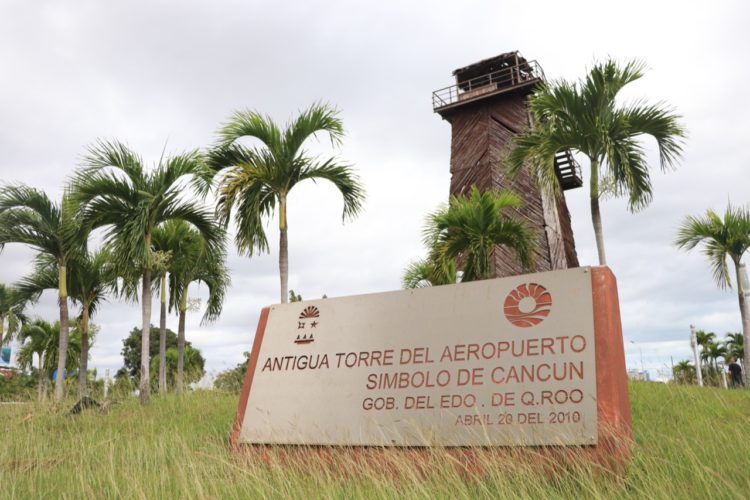