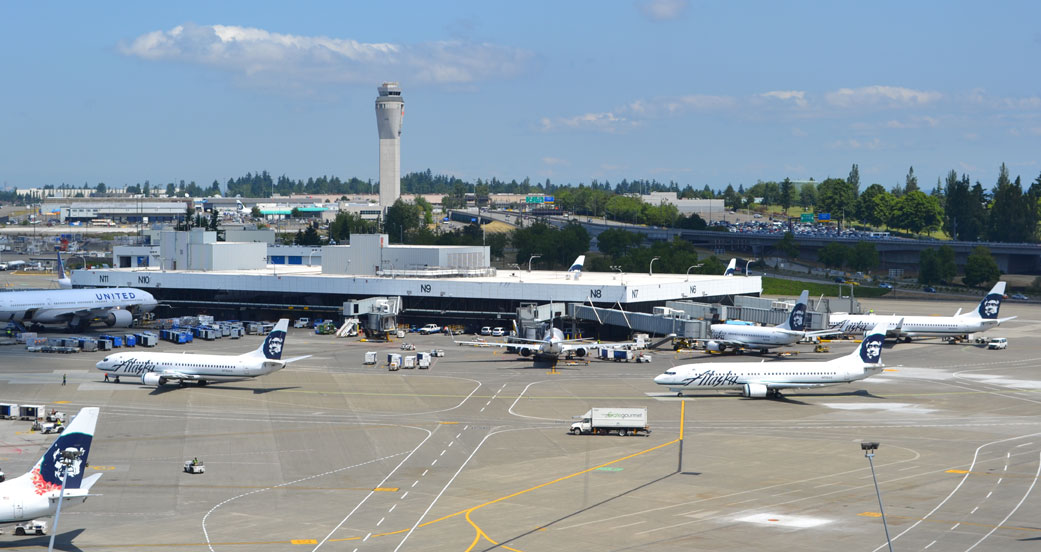 Seattle–Tacoma International Airport (IATA: SEA, ICAO: KSEA, FAA LID: SEA), also referred to as Sea–Tac Airport or Sea–Tac, is the primary commercial airport serving the Seattle metropolitan area in the U.S. state of Washington. It is located in the city of SeaTac, approximately 13 miles (21 km) south of Downtown Seattle. The airport, the largest in the Pacific Northwest region of North America, is owned and operated by the Port of Seattle.

The airport has flights to cities throughout North America, Europe, the Middle East and Asia. It is the main hub for Alaska Airlines and its regional subsidiary Horizon Air, whose headquarters are near the airport. It is a hub and international gateway to Asia and Europe for Delta Air Lines, which has expanded at Sea–Tac since 2011.

The distance from Seattle, WA Airport, United States to Cancun Airport, Mexico is 4320.61 kilometers or 2684.7 miles.