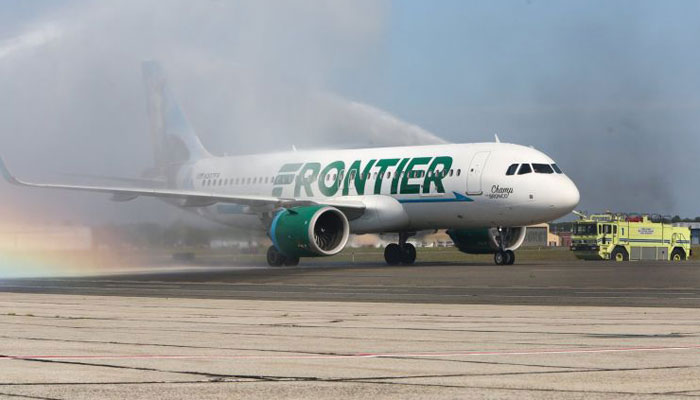 The first nonstop flights from Las Vegas to both Cancun and Los Cabos begin Dec. 15.

Frontier Airlines, a Denver-based ultra-low-cost carrier, also recently implemented a code-share agreement with Mexican discount carrier Volaris. That means Frontier can sell connecting flights to Volaris’ destinations in Mexico and Volaris can sell on the Frontier network in the United States. Both Cancun and Las Vegas are primary connecting points between Frontier and Volaris.

Ultra-low-cost carriers sell cheap tickets, but tack on extra fees for seat selection, baggage and carry-on luggage, food and drinks. But Frontier offers either a low-cost fare with ancillary fees or a higher fare that includes the most popular added services.

Frontier has 82 Airbus twin-engine jets and will fly to Mexico with 186-passenger Airbus A-320 jets.

It will become the first airline in more than a decade to offer service to both Canada and Mexico from Las Vegas.

Cancun flights will leave McCarran International Airport about 10 a.m. Mondays and Fridays and return at 8 p.m. The Saturday Cabo flight will leave Las Vegas about noon, returning at 7 p.m. Fares will start at $79 one way.