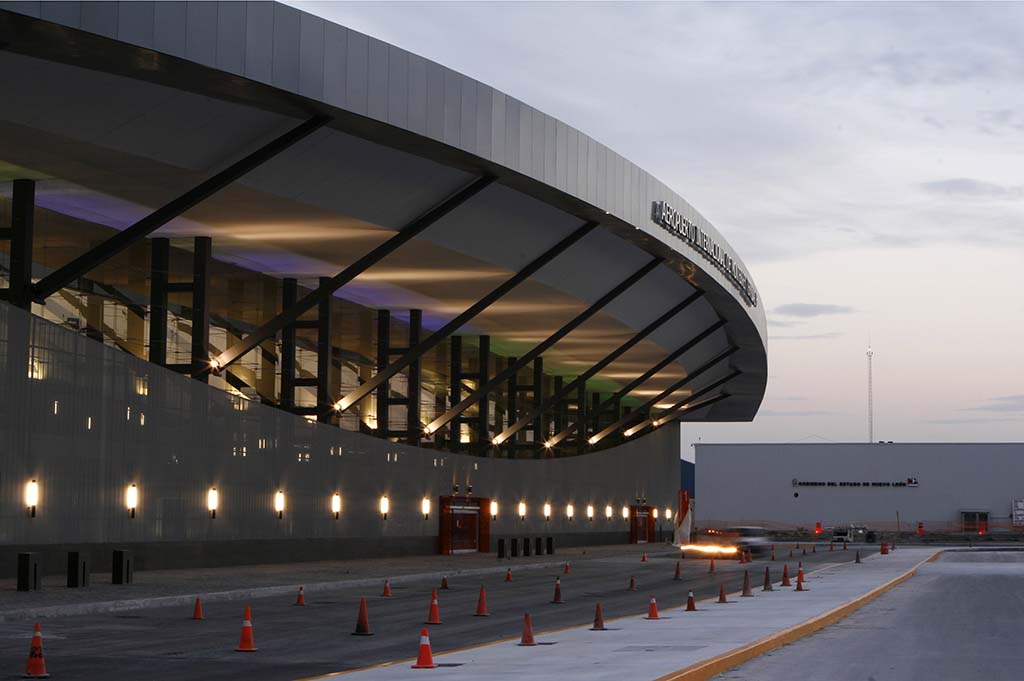 There are almost 300 daily flights to more than 35 destinations in Mexico and the United States. It is the country's fourth busiest airport and is the busiest in northern Mexico. Only Mexico City, Cancún, and Guadalajara serve more passengers per year than Monterrey International Airport.

The airport serves as a hub for Aeroméxico, Magnicharters, and VivaAerobus, and a focus city for Interjet and Volaris.