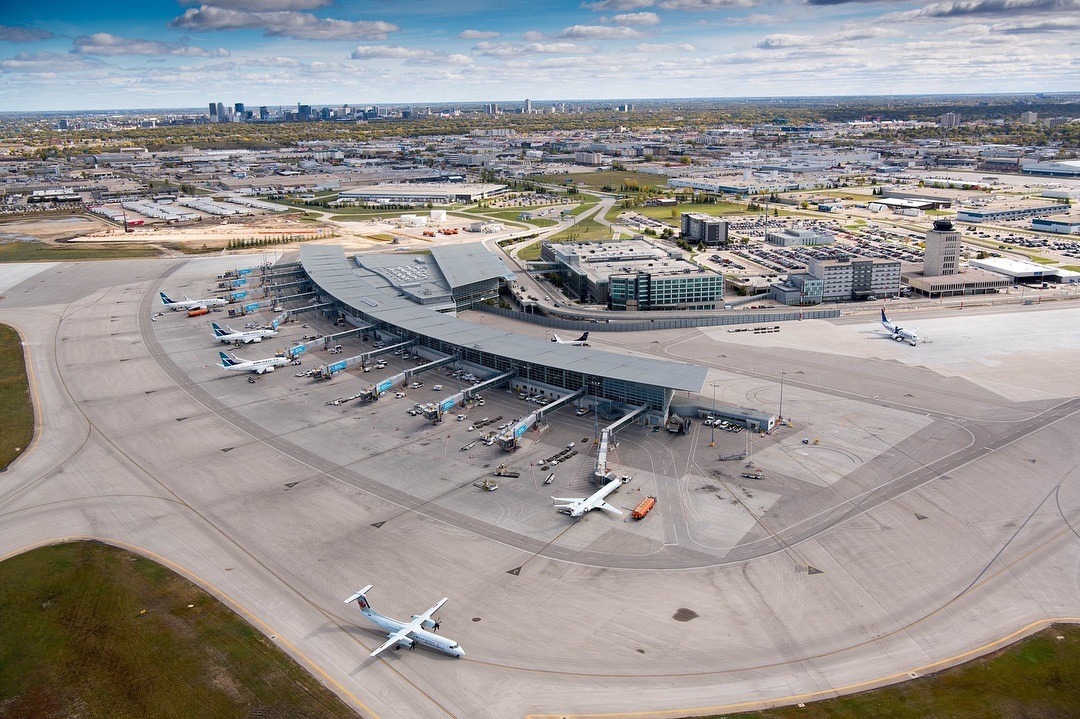 Winnipeg James Armstrong Richardson International Airport (commonly known as Winnipeg International Airport or simply Winnipeg Airport) (IATA: YWG, ICAO: CYWG) is an international airport located in Winnipeg, Manitoba, Canada. It is the seventh busiest airport in Canada by passenger traffic, serving 4,484,343 passengers in 2018, and the 11th busiest airport by aircraft movements. It is a hub for passenger airlines Calm Air, Perimeter Airlines, Flair Airlines, and cargo airline Cargojet. It is also a focus city for WestJet. The airport is co-located with Canadian Forces Base Winnipeg.

An important transportation hub for the province of Manitoba, Winnipeg International Airport is the only commercial international airport within the province as the other airports of entry serve domestic flights and general aviation only.The airport is operated by the Winnipeg Airport Authority as part of Transport Canada's National Airports System and is one of eight Canadian airports that has US Border Pre-clearance facilities.